Imagine: you’re in the middle of an AstroTurf field, playing soccer, which you love. The sun is blazing, and the bleachers are filled with parents, teachers and other high school kids cheering at each winning goal. The striker from the opposing team has the ball, so you start sprinting for a tackle. You collide, landing hard on your right knee. You hear a loud “pop” as you slowly get up from the field. Your knee immediately swells.

Coach sends you to the doctor, who recommends ice and elevation, putting you on the DL for a few weeks. Even though you still feel some pain when using your knee, you’re back on the field soon enough. But the pain never goes away entirely. In fact, it actually worsens as you get older, a bittersweet reminder of your glory days on the field.

This scenario might not require too much stretching of the imagination if, when you were younger, you played rigorous year-round sports. And there is a decent chance that you experiencedknee injuries as a result of years of competing.

Unfortunately, the Arthritis Foundation reports that among the 700,000 Americans who experience knee injuries each year, people who were injured early in life — including young athletes — are more likely to develop chronic problems and need osteoarthritis (OA) knee treatment before the age of 40.

Osteoarthritis (OA) is a degenerative and “wear-and-tear” disease, which leads to a progressive loss of cartilage in a major joint. The breakdown of protective cartilage can cause pain, swelling, stiffness, and mobility issues. Knees, hips, hands and ankles are often the most likely places for OA to develop.

OA is often associated with people in their golden years, with aboutone-third of people over age 63 showing radiographic evidence of knee OA. However, many younger people are seeking osteoarthritis knee treatment today. This includes people in their 20s and 30s, including an estimated 14 percent of people over the age of 26 whose x-rays show already evidence of knee OA. And OA can be especially prevalent in those who were young athletes and experienced knee injuries during their playing years.

One primary contributor to the rising incidence of OA among younger people is the rise of year-round sports, particularly those that involve twisting the knee, such as soccer and basketball. Kids who play their sport-of-choice not only for their school team but in various organized leagues and competitions increase their risk of overuse. According to the American Council on Science and Health,year-round soccer is especially dangerous to developing knees, and these injuries are widely observed in adolescent and teen girls.

Exercise, friendship, and feelings of confidence and belonging are all benefits for young people who participate in year-round sports. But that must be balanced with the fact that in general, both aspiring athletes and established pros are more likely to sustain joint injuries than the average person. In fact, two out of the five most common athletic injuries are knee-related: ACL ruptures and meniscus tears. These can place patients at the greatest risk for developing post-traumatic OA. And according to some research, this is a situation of “more is more”: the more repetitive, high intensity, high-impact forces an athlete puts their affected joints through, the greater their chances of developing OA in the future.

The Athletics-Injury-OA Cycle: How does the cycle start?

Repetitive movements, such as when performing drills and continuously practicing the same moves, being tackled, or engaging in other high-contact sports, such as soccer, football, hockey, and lacrosse, increases the risk of overusing the joints or experiencing blunt trauma to their knees, including cartilage injuries. Since cartilage doesn’t contain nerves, athletes may not often experience pain if their cartilage is damaged. Consequently, many injuries go unnoticed as they continue drilling, exercising, and playing. All the while, their injuries can worsen as they continue to progress down a path toward ultimately needing OA knee treatment later in life.

Marje Albohm, Past-President of the National Athletic Trainers Association and Director of Peer to Peer Education and Fellowships at Össur, which makes some of the world’s leading orthopaedic braces, says younger-generation athletes who participate in high-impact exercises  strenuous sports over long periods of time can experience harmful effects. This can be particularly true for those who may predisposed to developing OA.

“Scientists know how critical articular cartilage injuries will predispose you to knee OA that can occur in many sports injuries, such as ACL injuries and bone bruises that affect articular cartilage,” she says. “When we get cartilage injuries when we are younger, it can lead to knee OA. These injuries must be treated aggressively but carefully, because it’s affecting the long-term health of the knee joint. The injury could happen at age 12, 18, or 20 years old.”

Unfortunately, young athletes who have been injured often face long-lasting consequences. One study of over 1,300 young adults reported that the risk of self-reported knee OA later in life was five times higher among people who had a history of knee injury compared with those who had not had an injury. The U.S. Centers for Disease Control and Prevention reports that a teenager who experienced a knee injury at age 15 could have OA as early as age 25 or 30.

As with the general public, a number of other factors, including body mass, muscle strength, and genetics may also contribute to the condition of a young athlete’s joints, and to their susceptibility for developing OA. In particularly, if a young athlete happens to be overweight or obese, for example, they have twice the risk of getting injured as a result of sports or other physical activities.

For the young athletes who grow up and turn professional, these problems don’t automatically disappear. In fact, they can get much worse. One study found that more than 80% of professional American football players with a history of knee injury had evidence of OA 10 to 30 years after competing. Professional soccer players also had similar rates of OA.

People of any age seeking osteoarthritis knee treatment may find themselves facing the possibility of a surgical procedure, such as an ACL repair or in the most severe cases, total knee replacement, or TKR. While many patients may find TKR to be a good solution for their OA symptoms, many TKRs last fewer than 20 years, requiring subsequent operations for revision and replacement. In physically active younger people, this could lead to a cyclical, painful and increasingly dangerous precedent, in which they repeatedly wear out their “new” knees.

According to Dr. Mininder Kocher, an orthopedics professor at Harvard Medical School, the number of ACL operations being performed at children’s hospitals has skyrocketed, from about 500 in 2004, to more than 2,500 just 10 years later. Dr. Kocher, who has researched and treated sports-related injuries in adolescents, says, “If a 15-year-old gets arthritis in 10 years, knee replacement is not a great option at age 25.”

Adds Joseph M. Hart, an athletic trainer who conducts clinical research at the University of Virginia, “A 17-year-old athlete who tears her anterior cruciate ligament could develop osteoarthritis before she turns 30, potentially leading to chronic pain and disability.”

According to the Arthritis Foundation, more than 55,000 TKR revision surgeries were performed in the U.S. in 2010, and nearly half were in patients under age 65. The Foundation projects that by the year 2030, nearly two out of every three total knee arthroplasty revision patients will be under 65 years old.

A Non-Surgical Solution for Athletes with OA

Fortunately, there are alternative solutions for OA knee pain, particularly for people who are diagnosed with mild- to moderate forms of the disease. If you acquired OA from all of those years of playing high contact sports, TKR doesn’t have to be the only option for you.

More and more people are opting to try off-loader bracing, such as the innovative Unloader One® by Össur, which was specifically designed to help people deal with OA symptoms. Lightweight and low-profile, the Unloader One can be worn daily and is designed for a variety of average to high-impact activities, from hiking, running and cycling.

Patients wearing an Unloader One brace have improved quality of life and functionality, and reported reducing their use of anti-inflammatory and painkilling drugs.

If you are a young athlete, or the parent of a young athlete who’s already experiencing some joint pain, visit this page to learn more about the clinical benefits of off-loader bracing, or to find a U.S. clinician near you who may be able to help. 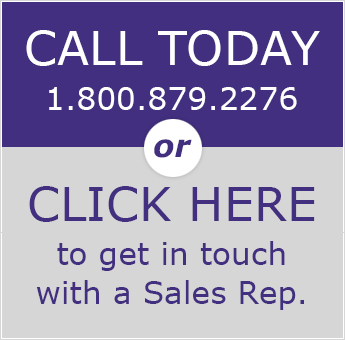